Tag Archives for " learn and apply "

Master These Two Words and Everything Gets Easier 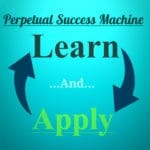 In this article, we’re going to discuss the two magic words that, when used together, will help make everything easier for you in business. And in life. If you forget – or worse – break the chain of these two words, you’re going to get stuck.

Let me tell you the story of two friends, Larry and Harry. A few years ago, Larry and Harry met at a real estate boot camp event. They were both in their early 30’s, had similar backgrounds & education, and they both got the ‘real estate bug’ at about the same time. They even lived close to each other.

Shortly after they finished the event, they each went home and began to work on their businesses. And that’s where their similarities ended…for a while.

When Larry got home, he reflected on the incredible education he got at the boot camp. He enjoyed networking with the other people there, and thought that the teacher was amazing. But what he really enjoyed the most was the learning. He relished the opportunity to learn the magic of how people got to be successful at this business of buying and selling houses without using their own money or credit. Then he started to question himself, and suddenly realized that he needed to learn more before he ‘really got started.’

Harry, on the other hand, got home and immediately hit the ground running. He bought a list of people, found someone who could handle the mailing, and started sending out yellow letters. He put up bandit signs, and started calling FSBO sellers.  It wasn’t long before the phone started to ring with a few ‘curious’ people, wondering how he got their information, who he was, and what he did.  Harry did the best he could to try to ‘explain’ himself, ‘present’ what he did, and practically ‘beg’ people for the opportunity to do business together. He couldn’t help himself, despite the nagging feeling in his gut that he probably wasn’t doing something right.

Meanwhile, Larry called the company that had run the boot camp and booked another one as soon as possible. How could he possibly do anything yet when he felt like there was such a gaping hole in his knowledge? He must know everything about this business!

Harry went out and put up more signs. He sent out twice as many mailings. He started calling even more people, and actually came close to getting a deal… until he talked himself right out of it. “I must not be getting enough leads. I need to talk to more people! Everyone seems to want full price or more, there’s no motivated sellers out there, and everyone I talk to is stupid and mean!”

Fast forward to two years later. Larry has gone to every event and knows quite a lot now, but has yet to do a deal. Harry, on the other hand, hasn’t gone to any more training. He has done one deal, but he did it so horribly wrong, that he didn’t make any real money on it.

Coincidentally, they both met up again when they ran into each other at a local supermarket one day. Harry had on a bright yellow shirt with a big “We Buy Houses” logo on the front. Larry first saw the shirt, then recognized Harry.  “Harry, is that you?” Larry asked. “Yeah! Do I know you?” was Harry’s reply.

Larry and Harry quickly became fast friends again. They immediately set a time to meet up for beers the next day to catch up and discuss their real estate businesses.

The next day, over beers, they discussed how things had been going for them since that first event when they met. Larry bragged about how he was now a top-level student…but hadn’t done a deal.  Harry felt confident as he described all the action he had taken…until he disclosed the fact that he had barely done the one deal.

It didn’t take long for them to recognize what their real problems were – and how they could actually help each other. Neither of them had done a profitable deal yet, despite their best intentions, because they were each STUCK in a rut of their own design.

Larry was always stuck on LEARNING. He always felt like he needed to know more before he took action, so he was paralyzed with inactivity.  Harry took massive action, but never learned anything past what he felt he already knew. He didn’t make any adjustments as he went, so he was always getting the same dismal results.

But when Larry and Harry combined their forces, they both became unstoppable!

If you look at the archetypes they represent, it’s obvious that Larry represents Learning, while Harry represents Action. While they’re both very important, it’s also vitally important to note that ONE is not much GOOD without the other!

Which Bring Us To The “Wrapping Up” Portion of This Article…

I’d like to introduce you to my two very dear friends, Larry & Harry, also known as Learning and Action. Or, as I like to put it: Learn and Apply.

The Two Magic Words That Truly Make Everything Easier

Here they are – write these down: 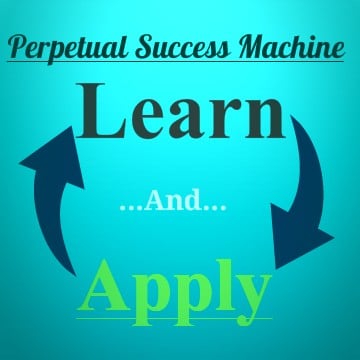 Learn and Apply. And then Learn from what you applied, then Apply again.

You get the idea.

THIS is the Secret. The ‘Magic’ of how to make everything easier. Whenever you learn something new, you should set out to take action on what you’ve learned as quickly as possible. Then learn from your mistakes and go do it again, only better this time.  And that’s it.

If you simply follow this good advice here, you’ll not only quickly blow past your sticking points, you’ll start making massive gains – faster and easier than you ever thought possible. This works for anything in business or life.

And if you don’t believe me, just ask Larry & Harry! (Names have been changed to protect the innocent)

Until Next Time,
Tony Pearl